Skip to content Skip to sidebar Skip to footer

Why do breathwork and why is it so important? Why especially on a juice fast? The breath is the foundation of life itself. Everything that exists is breathing as everything needs polarities to exist. Atoms need protons (positive) and electrons (negative) to exist. Every time we breathe, we take in life and take out death by inhaling vital gases and exhaling waste in gas form.

Why is Breathwork so Important?

Let’s take a look at a few reasons why it is so crucial to integrate breathwork when fasting and in everyday life in general.

Did you know you can nourish your body with air? This idea seems too good to be true but is very real.

First we must understand that electricity (Biophotons) is what sustains the body. 99,5% of what we eat (regardless of what food we eat) is not being used unless we have a toxic internal environment. The body only uses the electricity in that food to sustain itself. If we all had baby clean bodies and were not addicted to substances (food and drugs), we would only be eating for the pleasure of it.

Electricity is all around us, it comes from the air, sounds and frequencies, grounding and going in the sunlight. The average person can go for long periods without any sunlight and grounding. As for extended periods without the breath, it won’t last longer than 5 minutes before someone completely passes out.

We think we are losing minerals (and vitamin/vital-mineral), amino acids, etc. when we don’t eat. The body naturally syntheses everything it needs. Only if we eat food that takes from us to be processed and released will create deficiencies. Cooked food, processed food and anything dehydrating steals water, enzymes and minerals to be properly digested and released out of the body. If we eat food that already has its own water, enzymes and is not altered by the use of fire (cooking), the body will not have to use its own resources to digest the food. Raw foods already contain the information (enzymes and water) it needs to be read, digested and released.

As the air amplify the function of electricity and atoms absorption, the body is creating what it needs, regenerating and repairing itself at a higher rate the more consistent a person is with their breathwork practice.

During a juice fast, it’s crucial to properly move out toxins. The more we breathe, the more toxins and waste get released. Approximately 70% of our waste comes out of the lungs, which makes them the primary organ of elimination. The more we use our lungs, the more we excrete toxicity.

Most of the waste created by the food we eat comes out of our lungs. When being digested, the food is transformed into liquids and gases for the body to absorb and then release by the lungs and colon.

Breathwork also stimulates bowel movements; moving stuff out the colon will be much easier and faster, especially during a juice fast when clearing out the mucoid plaque.

As we clear out the body from toxicity, we’ll be feeling every emotions we’ve suppressed by eating dense food, smoking, drinking, etc.. Breathing through these emotions will allow us to fully feel them and release trauma that is linked to the emotional escapism we were indulging in. The more we feel, the more we heal, it’s that simple.

A tree has its roots deep into the ground to prevent itself from falling if a storm comes by. Same thing goes for human beings. Anyone needs to be grounded to prevent falling during a storm. The storm could be anything that challenges the individual in his healing path. Cravings, emotional vomit, trauma release, being with certain people or at a certain place etc.. are all “storms” someone can go through.

Most people grounds themselves using dense earth substances like nuts, root vegetables, meat, cooked foods, etc… It’s the easiest and quickest way to be grounded but like anything that’s instant, it has lots of disadvantage. While on a juice fast or simply on a lighter consumption lifestyle, getting grounded can be a hard from time to time.

Practicing a grounding breathing exercise will strengthen those roots, allowing the individual to stay still and strong during challenging episodes.

That feeling of lack, the “I want more/need more”, reaching for pain (emotional eating, drugs, etc..) to feel alive, feeling like the we carry the world on our shoulders is the void inside us expanding because there’s no light going in. The void itself is not a problem since it’s our essence, we were in the void before we came into existence in our mother’s womb.

While on a detox, it’s important to know how to correctly fill up the void. We have to be balanced when filling it. Too much and we lose ourselves, too little and were not in a healing state. 50% filling (External sources like liquid intake, activities, music, working, exercising, etc..) and 50% void (Internal sources like breathwork, meditation, sleep, going without, stillness, etc..) creates that balance and allows us to heal.

We are used to filling up the void with food and drugs since it’s the easiest way to do it. When abstaining from solid food and drugs, filling up that void can be harder. Of course tools like music and activities are great but sometimes, it feels like they are not enough.

Seeking too many external sources to fill up the void is when unbalance occurs. This is a signal saying it’s time to dive into it. By going in and paying attention, the void fills up itself and ease is restored.

As we’ve seen, this practice is not your regular sitting down meditation. Breathwork is the most powerful ease restoration tool we have. Nothing can compare to its effects on the body, mind and energy of the individual. Taking time throughout the day to setup a healing breathing pattern will change anyone’s life for the best! 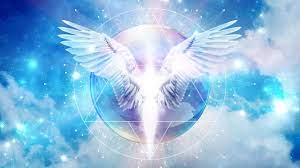 Connecting to Your Angels 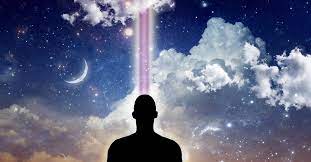 How to Raise Your Vibrations